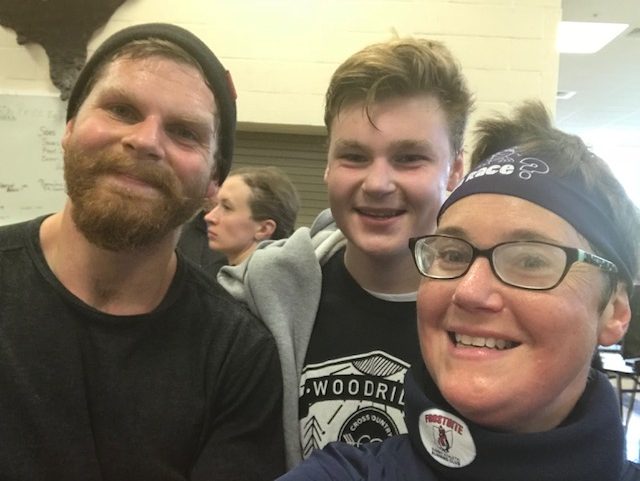 So, I was so excited to have company this year at the Aurora Turkey Trot!  All 3 of my boys participated – 2 running with me and one as a photographer!  I’ve been running this race since 2012 so it is a fave.  They changed it up a bit though this year.  It has always been a 4 miler, but they changed it to a 5K (I wonder if they were trying to get more people to sign up?!) and they moved the location.  It has always been at the Aurora Farms Outlet mall, but this year it started and ended at Aurora High School.   No matter – we would have fun no matter what.

It was a bit chilly in the morning (28 degrees and sunny), but this was our view on the way there.  Happy Thanksgiving! 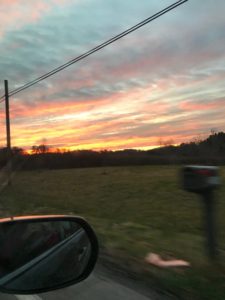 We got there earlier than normal because we had to pick up our bibs and packets since we were busy the night before so we just hang around goofed around with the camera.  The race was supposed to start at 8am, but it turns out that was when the “Mashed Potato Mile Fun Run” was starting – oops.  The 5K started at 8:30am.  The benefit to having the race at the school was that we had a nice, warm place to wait before the start. 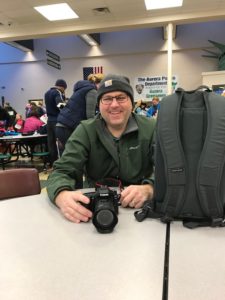 I love seeing people with the turkey hats.  Gotta get me one of those for next year! 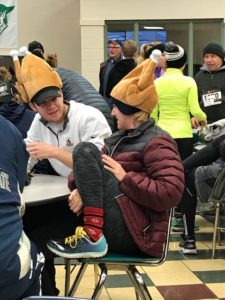 Here we are ready to get started! 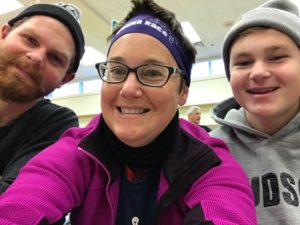 We started off together and then about 2 miles in Nick took off (show-off!).  He decided he would rather just run 30 minutes than 35!  Nick had not run in like 3 years, but you would never know it.  He is just one of those people who can just get up one day and run 3 miles.  To be fair he is a competitive power lifter also, so there is that.

Zach hung back with me and kept encouraging me to go faster.  I was ready to kill him, actually!  I was going as fast as I could!  It was ironic because I have done the same thing with him in year’s past during the Jingle Bell Run 5k.  This is the first race we have done together in which he could run the whole thing!  He had run regularly during the cross country season this summer and fall, but had not run since the last meet in mid-October so he was fine with hanging back with me at my pace.

Here we are after the finish!  And here are the shirts.  They are cute and really soft! 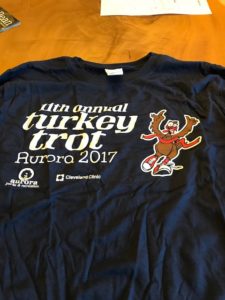 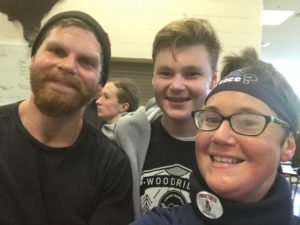 Here are the official results: