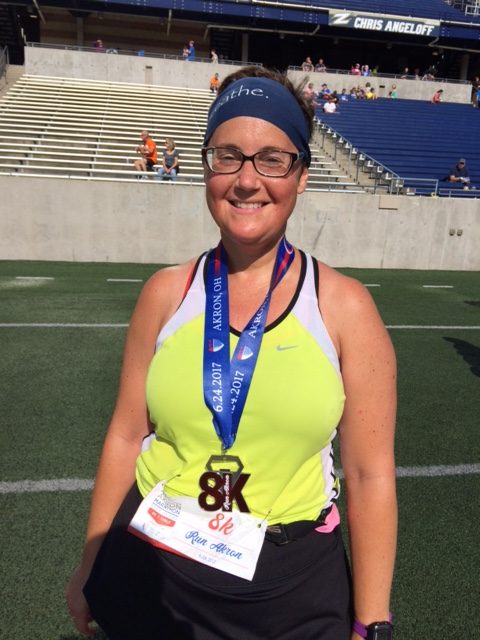 This summer I decided to do something a little different and sign up for the Akron Series Challenge!  This means that I’ll run 3 races between June and September and receive medals at each one, but also some other item indicating that I complete the challenge.  Runners can pick from a variety of distances, but I chose the following:  June – 8K; August – 10K and Sept – Half marathon.

So, today was the first of the series.  It was a beautiful morning, but I was surprised at how early the start time was – 8:30am!  The other distance offered was 1 mile so I’m thinking they made the start time later due to accommodate families participating. 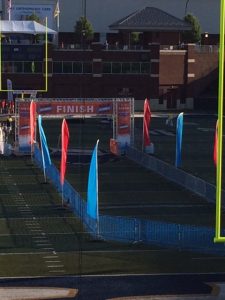 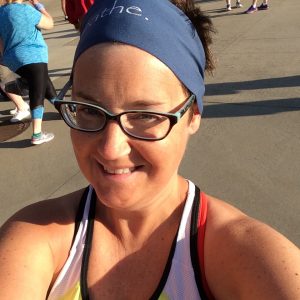 Here is a picture of the finish line from the top of the stadium.  Mike came with me today so that was nice to have him there. 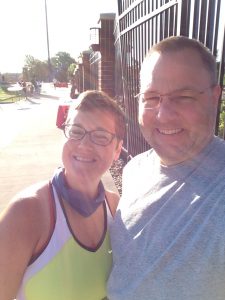 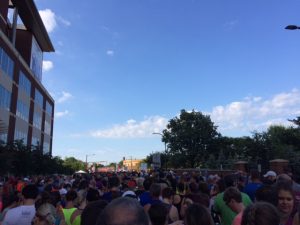 I met up with my friend, Debbie and her daughter, Megan so that was fun!  She introduced me to a group of women from the Akron chapter of MRTT (Mothers Run This Town).  I’m a member of the MRTT facebook group, but I seldom post.  It was nice to meet them because they meet every Sunday in Hudson to do long runs and I’ve been looking for a group to run long runs with!  Now the ice is broken so I wouldn’t feel so weird to show up sometime this summer.  Cool. 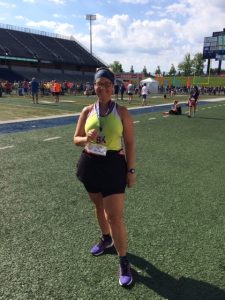 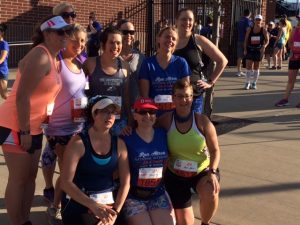 The run felt good.  I walked very briefly up one hill, but finished strong.  It is funny because this day marked the first day of my training for the half in September – it was supposed to be 4 miles, but I ran 5 (well, 4.98)- yippee! 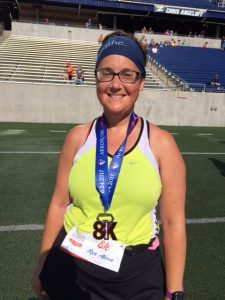 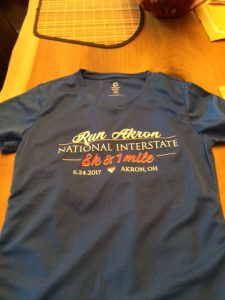 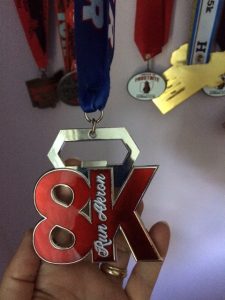