Nica Day 6 – To the Countryside! 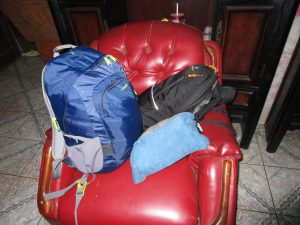 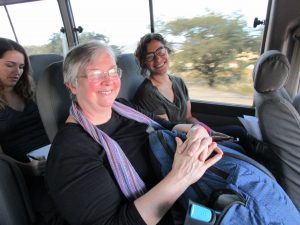 Up early today!  The alarm was set for 5:30am, but I was awake at 4:30am.  We showered and had had breakfast.  Bless her heart, Donya Daysi was up at 4am (normally she is up at 5am) to make us breakfast.  We had pancakes, orange juice and cornflakes.  Daysi gave us each an orange and a little box of chips as a snack for our long ride up north to Sontule, Miraflor.  She is so sweet!  I took my Dramamine so hopefully it does the trick and I can sleep on the bus.  Jeannine Daboub, another translator met us at the bus.  She was going with us to the mountains as additional help and just as a safeguard to have another translator there with us.  This program’s staff thinks of everything! 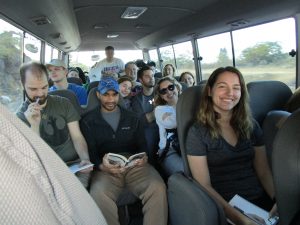 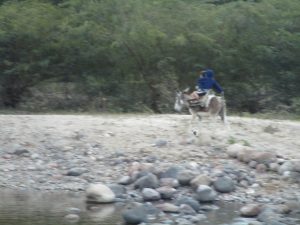 Good news!  I was totally fine on the bus ride.  It was long, but the roads were not that windy.  The worst part was the long dirt road at the end of the trip.  It was about 6 miles or so that took forever at the end.  It was really bumpy, but it didn’t make me sick at all.  I just sort of rolled with it and was in the zone from the medicine.  I tried to sleep on the bus, but I could tell that would have made it worse.  We actually crossed a river on the bus!  Apparently not going through the river would add quite a bit of time to the drive.  Strange, but cool!  Along the way we picked up Henri Acuna,at the office of Miraflor Union of Agricultural Cooperatives (UCA), Producing for Fair Trade Market, who was to be our guide in the mountains. 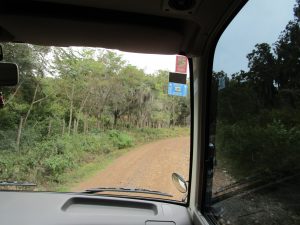 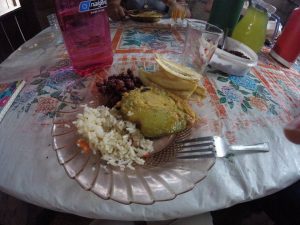 When we arrived in Sontule we had lunch with the Women’s Cooperative Members.  We split up and half went to one house and half went to the others.  Lunch was exceptional and had typical fare of rice, beans, plantain chips, fried chicken, mashed potatoes with tomatoes and tortillas.  Also dessert was a candied squash.  The color was an odd gray, but it tasted like acorn squash. 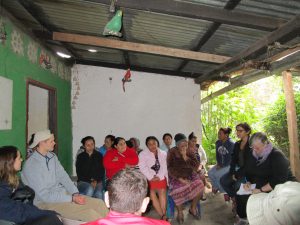 Next we had a meeting with the New Dawn Women’s Cooperative about the history of the community.  It was so interesting!  I was surprised to learn that there were 17,000 people living in the Miraflor area and 5000 in the Sontule community (117 families).  Their stories were amazing and the women were so brave.  We learned how they advocated for themselves out of necessity and grew the co-op from a few women to many now.  The co-op has helped them to be able to have their own coffee fields, provided training on various things and in general helped them to boost their confidence and self-esteem. 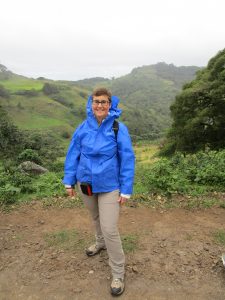 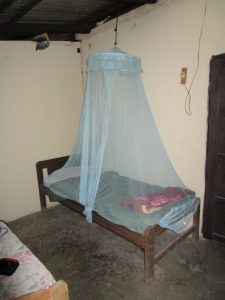 Next we broke up and went with our families to get settled in.  I was with Corey and Jeannine and stayed at Lucia’s house.  I was so glad to have Jeannine with us!  I knew she would help with communication between us and the family.  Corey and I made up our beds and got our mosquito nets all set up.  The Global Ed center provided us with bedding (sheets and a blanket).  I also brought Zach’s bed roll from summer camp and hoped that it would keep me warm enough.  It was really chilly up in the mountains – in the 60’s and probably lower during the night.  It also was drizzling when we arrived so things were wet and a bit muddy.  It is extremely primitive there.  There is no electricity or running water.  They use solar panels and have a single light bulb in the various rooms so it stays pretty dark.  We had a simple supper of rice, beans, potatoes and avocado and wonderful tea.  We talked a bit with Bianca, Lucia’s granddaughter, at dinner.  She is staying with them for the weekend.  She is a first-year university student studying engineering.  Jeannine helped us with our Spanish so it was fun! 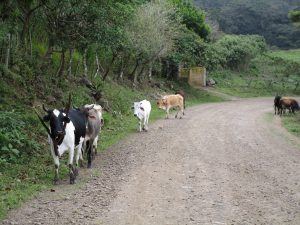 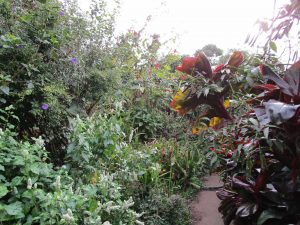 We were in bed by 7:30pm!  We were really tired from our early day, but also after the sun goes down it is extremely dark and there is really nothing to do.  Folks who live up here rise with the sun and go to bed soon after sunset.  The family usually goes to bed at 8pm.  Corey and I shared a room with 3 beds in it.  The toilet is outside our room and down the path a bit.  I was glad I had my headlight because I was sure I would need to go in the middle of the night.  When Lucia showed us our room she explained that it was important to keep the door (it was a half door) shut and locked so the animals don’t come in. 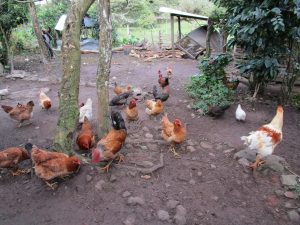 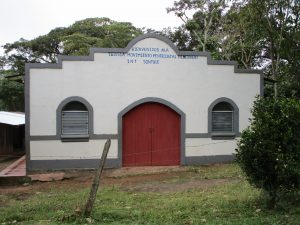 There were a number of animals that roam free all over the outside of the house – chickens, dogs, cats and a pig!  They also had horses, and cows.  They didn’t allow animals inside the house, except there were baby chicks running around the kitchen!  To me this living situation felt like glorified camping that I could do for a couple of nights, but I can’t imagine living like this, without so many comforts, for years and years…but I guess that is the point!  It really is gorgeous countryside here with absolutely beautiful flowers and flora all around.  We took a walk before dinner to check out all of the other houses and I think we lucked out staying with Lucia! 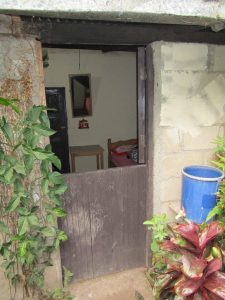 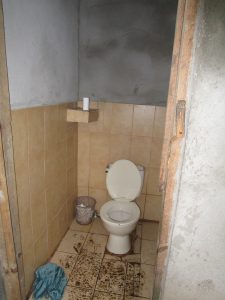 I woke up at 11pm and had to pee really bad.  So I got up, put on my boots, grabbed my headlight and started to head out.  I unlocked the top half first and started to open it when my had touched something that did not feel like wood.  When the light hit it I instantly recognized it as a scorpion on the outside of the door!!!!!!!!!!!!!  Oh, my God!!!!!  I gasped and shut the door and told Corey that there was a scorpion!!  “What should I do”, I yelled!  I really had to pee!!  Corey suggested that I just go out the bottom half of the door.  I determined that was a good plan so I bolted out the bottom and told Corey to shut it after me so our friend didn’t invade our room!  I quickly realized why everyone told us to shake out our clothing, shoes and bedding!!!  And another great reason to have a mosquito net!  Terrified, I made my way to the toilet which was totally clogged and full of feces, by the way, and did my thing.  Coming back to the room, the scorpion was still there so I made a quick entrance and shut the door behind me.  I had a long night ahead of me after that!  I was nice and toasty in bed, but I kept thinking about that thing and just praying it didn’t get in.  I slept okay, but the wind woke me up a bunch of times.  It was incredibly windy and every time there was a wind gust the whole house rattled and it sounded like it was going to blow down!  Finally, I got up at 6:30am, did a baby wipes shower and got dressed.  I was hoping to try a bucket shower, but it was just too cold. 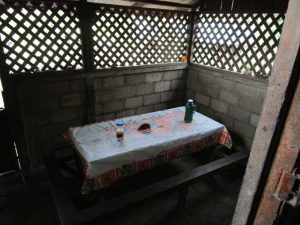 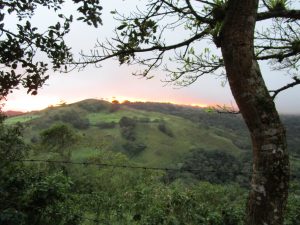 As I mentioned earlier, there are tons of animals running around, but none are pets.  Most of the dogs here are visibly suffering from malnutrition and it is heartbreaking.  This one puppy, Balu, is really cute and very much puppy and I would love to put him in my suitcase and take him home with me. 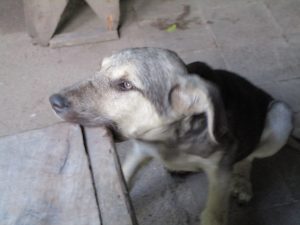