First race of 2016 – yahoo! This race is such a fun race, sponsored by Western Reserve Racing. It is a 4 mile trail race starting at the ledges in the Cuyahoga Valley National Park. This is my second time running this race. It is so beautiful over there. We hike there during the summer, but it has a different sort of beauty this time of year. Last year it was covered with snow (and 2 degrees) so it was really peaceful and cool. This year it was a balmy 32 degrees, no snow – just mud and had lots of icy spots along the way. As a prediction run there is more of a chance for runners like me to actually win since it is based on people coming closest to their predicted finish times.

My good gal pal, Marilyn joined me again this year so that was awesome. Here we are for our pre-race selfie 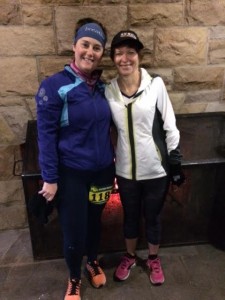 Even though Marilyn is much faster than me, she decided to stick with me which was so sweet. It was fun to chat and get caught up (well, she chatted up a storm and I just concentrated on not killing myself!). I actually did slip and fall once, but just enough to get a sufficient amount of mud on me to feel legit.

It was a really good workout! The terrain is much different than a treadmill!! I have been wimping out and doing treadmill runs lately and this race just reinforced how much I enjoy outside running more!! I just have to do it!! My feet felt great and so I was happy about that too. I was really glad that I decided to leave the warm running coat at home. My windbreaker and a long-sleeved shirt was all I needed.

Oh, how did I do? Interesting story. When I signed up, I had submitted 50:44 as my predicted time. Last year I ran it in 55:34, but that was in the snow. But after I got there they were talking about how the trail had some icy patches so I bumped up my time to 52 minutes even. I ended up running it in 49:39 so I was 2:22 off. If I would have kept my original time (or even better my hubby’s suggestion of 50 even) I might have won!!! As it was I came in 28 for women in terms of closest prediction. Hey, I did better than last year in terms of speed AND prediction time!! I’ll take it!!

So much fun to challenge myself on the trails and enjoy spending time with my sweet friend.

Next year will be even better! 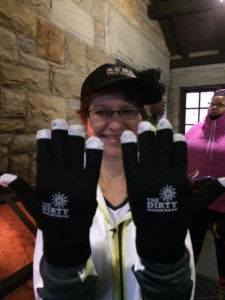 One of our fave things about this race – the raging fire!! 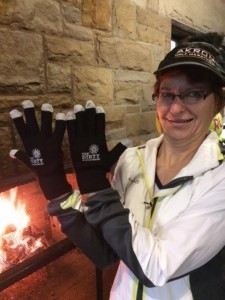 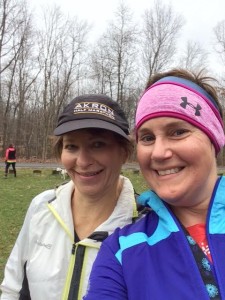 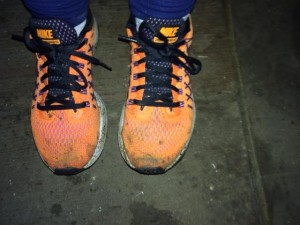