Well, 10 days into the new year and I got my first race done! Wahoo!! This one was a toughy for a lot of reasons. First, I have never run a trail race before. Come to think of it, I never have even really run a trail except for the towpath which doesn’t really count because it is pretty straight and not very technical. I have hiked the Ledges trail a few times before…in the fall, but that was with no snow so this would be a new thing for me! The other challenge for this race was the temperature. We have been in a cold snap for the last week or so and the prediction was for the temp to be at 0 for the race. 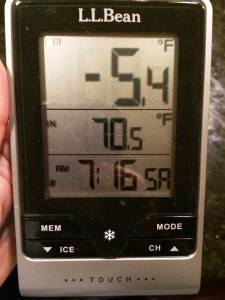 Gulp. My friend, Marilyn, who decided to do the race last night, and I chatted about the temp in the morning, but decided we would just go for it! Besides, like they say, there is no bad running weather, there are just ill-prepared runners! I was determined NOT to be one of those this time. I have run other races (last winter) in which I thought I was prepared, but it turns out I wasn’t as prepared as I could/should have been. So, this time I invested in a couple new items (yes, new on race day, oh no!) and the outcome was wonderful!

I was pretty comfortable and not cold whatsoever (toes and hands were perfect the whole time – before, during and even after!)

The really cool thing about this race was that it was a prediction race. In other words, runners submitted their predicted finishing time upon check-in. Then the 5 women and 5 men whose actual race time came closest to their predicted time were the winners – no matter what the time was! Plus, no watches allowed! For a road race this would be easier to do as the route is not technical like trails can be, but this trail was pretty technical with roots, rocks and other obstacles to dodge. My usual time for 4 miles would be between 41 and 41 minutes so I thought I would add 10 minutes on to that. My prediction was 52 minutes and my actual time turned out to be 55:34. I was off by 3:34 seconds which was not too bad for my first time and that I had never run this course before! The winning woman had only a 3 second spread and the winning man had a 4 second spread. Actually the 5th place winners had a 21 and 18 second spread, respectively. Amazing! The smart thing to do would be to actually run the course for practice, but even then things could change depending on trail conditions. Each day can be totally different.

We were so relieved that the ledge shelter was not only enclosed, but they had a fire going and a few giant heaters! 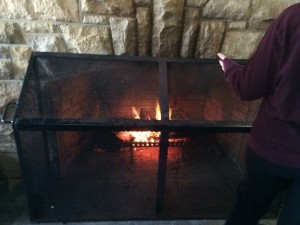 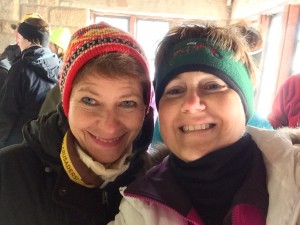 I’m so glad Marilyn joined me today. It makes it more fun doing it with a buddy! Knowing that she was meeting me at my house helped me keep my commitment to go, in spite of that thermometer! Plus it is neat that we could share this amazing experience! And I’m SO glad I did it. We did not actually run together – she has crazy fast legs, but hey, my motto is always “your race, your pace”!

The trail was breathtaking today. I snapped 2 quick pictures towards the beginning when the crowd bottle-necked, but of course it just doesn’t do it justice. 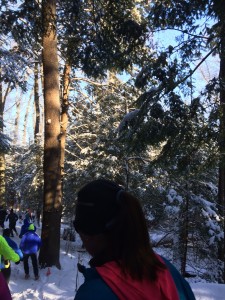 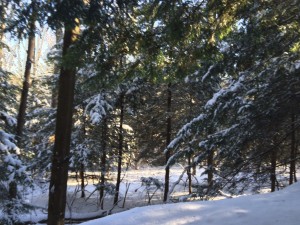 It was so quiet on the trail and quite a different experience than on the road. The woods looked totally untouched and absolutely beautiful that it is hard to put it into words. I did sort of wish that I could snap my fingers and be all alone on that trail, even if just for 5 minutes, so I could really take it all in. Once the group spread out a little bit I did find myself “alone” and with a little bit of space and it was so peaceful with only the sound of my breathing and the crunching of my feet on the snow. It was also REALLY nice to be free from a watch and any sort of distance or time marker. Just run. Wonderful. I could really dig this. It was a great workout and fun to have to watch to dodge obstacles. It made me forget about the cold! 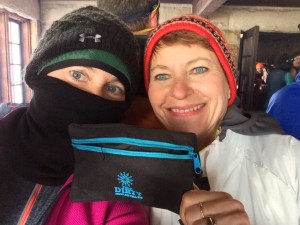 Bib and Bling – I’m going to take a pic of my big and bling from each race just because. 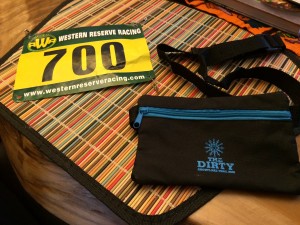 For those keeping track at home – Race 2 is planned for Sat, Feb 7 – Frostbite Prediction Run (5K)at Munroe Falls Metropark. I am already registered! Maybe I should run this one ahead of time! I do have 15 races planned out (and yes, on an Excel spreadsheet), but some are not in stone yet. I’m allowing for some flexibility within the plan. The only thing I know for sure is that there will be 15 races (or more) in 2015. Oh and it will be fun!

So I saw this cool 2015 Reading Challenge posted on facebook and I was intrigued right away. I do love to read, but I would consider myself a feast or famine sort of reader. I’ll be into reading for a few months with a few good books that I literally cannot put down and then lose interest when those are completed. Soon enough I get consumed by another good recommendation from someone, etc. What attracted me to this particular challenge is that the reader is to read books according to various categories. For example a few of the categories include: a book by a female author, a book that scares you, and a book that was published the year you were born. As I glanced over the categories I got more and more excited about this challenge and in true Lisa form decided to include this as one of my goals for 2015.

“All these categories are so cool,” I thought. “It would be so fun to find books that fall into each category!”

So again, in true Lisa style, I began to make that list of books in a spreadsheet format listing the categories, the possible titles, authors, and a column entitled “date finished”. It wasn’t until I was listing the categories on my beloved spreadsheet that I happened to notice that there were quite of few of them! They looked more numerous running all the way down the page than they did on the pretty two column facebook image I had printed out.

“Boy, this is like a lot of books!” I thought as I skimmed down to the bottom of the column and my eyes stuck on the number 52.

“Whoa, 52 books! Like in a year? Ah, I can do that…its like a book a week. And I’ve already read a couple since New Year’s Day (counting the one I finished before the dust settled in 2014). How hard could this be? Plus some of them are going to be short! I mean, really, a graphic novel? Please…no problem!”

Feeling confident in the magic of this improbable proposition (if you write the list, it will come!) I continued on with my list and spent the entire morning researching titles that looked good to me and that fit into all 52 categories. And let me admit right here and now that I probably had more fun creating my list than I will reading any one of those gosh darned books on that list! Just sayin. Yes, I know, nerd-central.

Well, after telling a colleague (who is a very avid reader) today about this awesome challenge that I have undertaken for this year, the seed of doubt began to grow in my brain. I kept thinking 52 books….one book a week!! It was echoing in my mind like the secretaries voice to the principal in Ferris Bueller’s Day off…9 times!. So, on my way drive home from work I began concocting a revised plan. I mean, why set a completely unrealistic goal and set myself up to fail, right? I was getting anxiety already just thinking about the pressure of this challenge and it is only January 6 for crying out loud! So, new plan!

“I will do half of this reading challenge!!!”, I announced to the family over dinner tonight. And to make it a little more random, I asked my hubby and son to choose the 24 categories of books that I had to read (I have already covered 2 of them).

So without further ado (not sure how much more ado there could be as this has already been way too long), here is my category list for books I will read in 2015.

I’ll gladly take any recommendations for good reads that fit these categories. But of course, I do already have a list. I think 26 is a much more realistic goal for me and hey, if I read more than I am an overachiever. Now, where is my list of academy award winning movies I need to watch…